Ben Derkin Through His Camera Lens


You know you are in good hands when a photographer jokes about taking just pictures. Ben Derkin puts the “Derk” in Derk’s Works, which is the name of his photography business. Derkin describes how looking through a camera lens is not about clicking a button. Taking “just a photo” does not exist with the Derk’s Works passion. Having the right person in the right setting, taking a photo that shows emotion and true personality makes for a meaningful photo.


Derkin started what he thought would be his career path, at Bowling Green State University. He graduated in 2008, but found out through attending various Owen’s Community College photography classes he had true talent for photography. As someone who finds great pride in excelling at something, he decided to pursue his passion.


He started his time at American Frame by interning and saw first-hand the expertise and passion American Frame puts into each product it delivers to every customer. Seeing how the quality of their work shows through in the artist’s product inspired him even more.


It was then he decided to take the chance and start his own photography business in 2008. It was not until 2014 Derkin saw the opportunity to truly succeed when he booked more weddings than he ever had before. Once he booked his record amount, his wife quit her corporate job and went all in on Derk’s Works. Their hard work paid off and Derk’s Works has become a go-to photography business that captures emotional and personal photos.


On a personal level, both Ben and his wife balance work and personal life with their sons, who are two years old and six months old. But some may argue their dog, Juno, is the official mascot of Derk’s Works, who holds the title of Official Welcoming Committee. 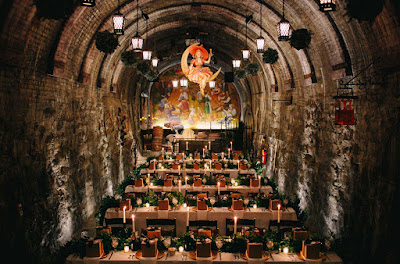 Derkin will admit the most important thing about what he does is being able to capture the emotion behind each photograph. Being able to connect people with ideas and emotions is the best way to create the connection among “model” and photograph. It is the intangible things in each photograph that make it a great photo.

Would you like to see more of Derkin’s work? Or perhaps you are interested in hiring a photographer with such passion. Learn more about Derk’s Works online.