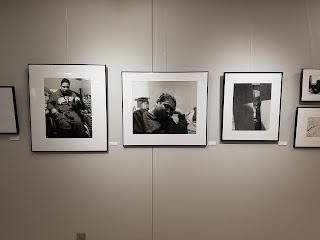 Bowling Green State University (BGSU) Associate Professor Lynn Whitney provides her students with thinking about and seeing their lives through different perspectives. Students in her photography classes are exposed to how the camera sees. They consider the weight of assigning meaning to what they choose to include inside the camera’s frame. Through the camera, students find out what interests them; through class critiques they are pushed to find out why. Lynn Whitney subscribes to the notion that making a picture is an invitation to learn something new and is a beautiful medium for creating empathy in this contemporary climate. Her intermediate class, Community Projects in Photography, introduces students to the challenge of going beyond what they think they already know and to broaden their ideas of what they think possible. In this class students engage with exploring the lives of people with disabilities in the Bowling Green community.


Project origins
“Having a passion for an aspect of the world and related issues often finds an aesthetic expression through art. Photography is powerful for, through it, is the ability to bring about awareness, sometimes, even, significant change. Aesthetics and the ability that art has, especially photography, to make change in the world — is why this project with Wood Lane is incredibly important to me,” Whitney said. Wood Lane in is an organization which, since 1955, has provided children, youth, and adults with developmental disabilities a community of their own in Bowling Green.


Whitney began to consider Speaking OF in 2012 through the BGSU Service Learning Community, directed at that time by V. Jane Rosser, PhD. In developing her community engagement course, Whitney met with her former student, Dianna Temple who, after earning her BFA in Photography went on to the University of Toledo for her doctorate in Occupational Therapy and now works for Wood Lane as a Health Supports Coordinator. Along side a friendship that has gone far beyond student/professor relationship, “I felt I had the absolute best connection in Dianna and, with her, the best opportunity to open up students’ minds and hearts to others,” Whitney said. 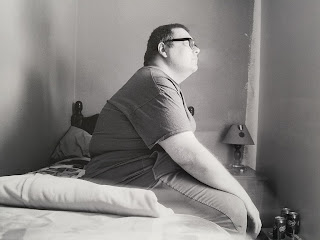 Whitney discovered that Wood Lane would be an opportunity to reimagine people living at the so - called “margins” and provide her students with a way to connect with people in the community.  In the beginning, Whitney said some of her students were a bit shy to take part in this project. However, in time, they began to accept the challenges involved. Whitney noticed that shift in her students. “They find they have a lot more to give than they thought they had in the first place,” Whitney said. “They get very energized … by interacting outside of what they wouldn’t normally been exposed to in their lifetime.”  This year we added a new component – that of placing the camera in the hands of our partners. We are Speaking Of and Speaking With rather than speaking for our friends at Wood Lane.